Coordinates of a vector

Vectors exist in a plane as well as in three-dimensional space. To easily represent them in the coordinate system, use the column vectors.

Alongside column vectors row vectors exist, as well. These are usually not important at school.

Vectors in the plane

A vector in a plane looks as follows:

The coordinates $v_1, v_2$ of the vector $\vec{v}$ show the shift along the coordinate axes. 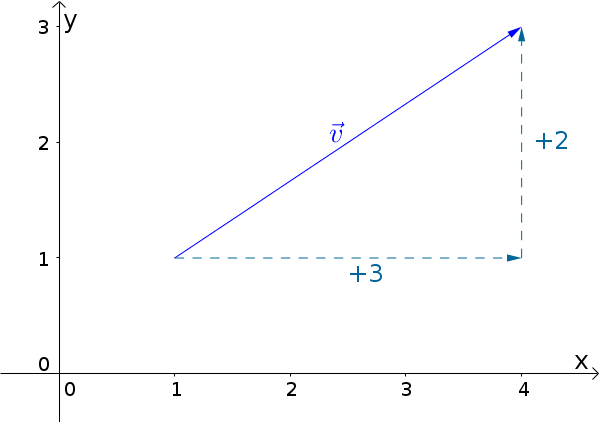 Vectors are also available in three-dimensional space. Logically they have one more coordinate.